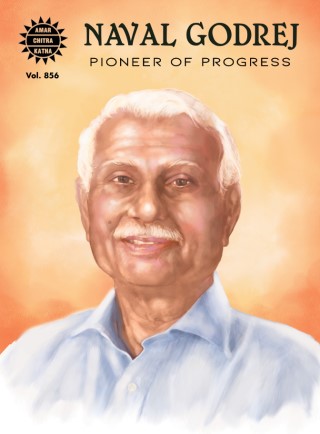 Naoroji ‘Naval’ Pirojsha Godrej followed in the illustrious footsteps of his uncle Ardeshir Burjorji Godrej, and father Pirojsha Burjorji Godrej to uphold the ideals of ‘Swadeshi’ and excellence in manufacturing. Naval was a self-taught engineer with an inquisitive and restless mind that enjoyed mechanical challenges. He joined the factory at age 17 and learned by working on the factory floor. He pioneered the development of the Machine Tool industry in India. He led the Godrej team in creating the first Indian-made typewriter, refrigerator and forklift trucks. He worked hard to realize his father’s dream of Pirojshanagar as an ideal garden-city. To his credit also is Godrej's successful foray into making crucial components for the Indian space programme. Naval Godrej was instrumental in setting up the Indian Machine Tools Association and established an international exhibition of machine tool manufacturers, IMTEX. As his uncle and father before him, Naval was also devoted to many philanthropic and charitable works.