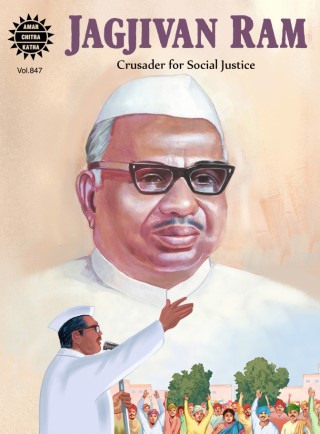 Babu Jagjivan Ram was a man of extraordinary courage and integrity.  Protected by his family from the ugliness of a caste-based society, Jagjivan saw the real world only when he started going to school. The young boy rebelled against the injustice and bias that kept an entire community suppressed, and continued to fight against the scourge of casteism throughout his life. He played a critical role in the freedom struggle and after independence took on ministerial portfolios and excelled as an administrator. His greatest challenge came as the Defence Minister, when a war tested Jagjivan Ram’s political skills and proved him to be one of the greatest leaders of our country.