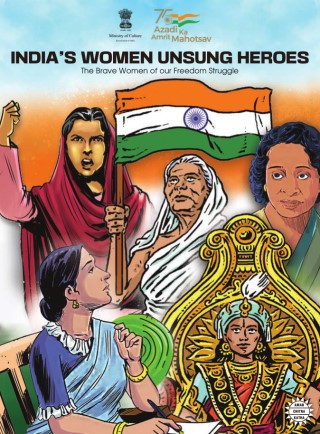 The movement to gain India’s independence brought together millions of people from every walk of life in protest of colonial rule. This book celebrates the lives of some of the women who led the charge and lit the flame of protest and rebellion throughout the country.
Read the stories of queens who battled colonial powers in the struggle against imperial rule and women who dedicated and even laid down their lives for the cause of the motherland.
As we celebrate 75 years of India’s independence, we bring you stories of women forgotten by time, but who’s a contribution to our freedom movement can no longer be ignored.