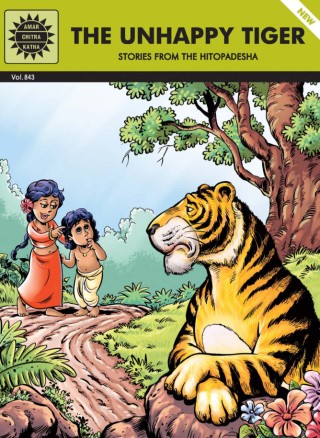 When a frightened mouse comes to a sage for help, he turns it into a larger, stronger animal so it can look after itself. But that does not suffice and the creature finds that there is still much more to fear. What will the sage do? Pandit Vishnu Sharma wrote the Panchatantra between the 2nd and 3rd centuries BC. Much later, in the 11th or 12th century AD, Narayana, the author of the Hitopadesha, drew upon the Panchatantra for his collection of fables. The Hitopadesha is divided into four books: Mitralabha (Gaining Friends), Suhrudbheda (Causing dissension between friends), Vigraha (Separation) and Sandhi (Union). Amar Chitra Katha brings five witty stories from the Hitopadesha. Each character in these stories becomes a vehicle of learning, either directly or indirectly.