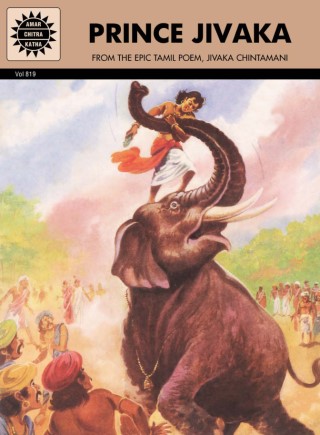 In the kingdom of Hemangada, a treacherous minister named Kattiyangaran, decides to usurp the throne, and kill the entire royal family. Queen Vijaya escapes the slaughter. In a dark cremation ground, unhappy and alone, she gives birth to a child and puts his father's royal ring upon his finger. The child grows up to be Prince Jivaka. Jivaka has many adventures but the core of the book becomes apparent in the end when a weary Jivaka decides to renounce his kingdom and become a Jain monk.