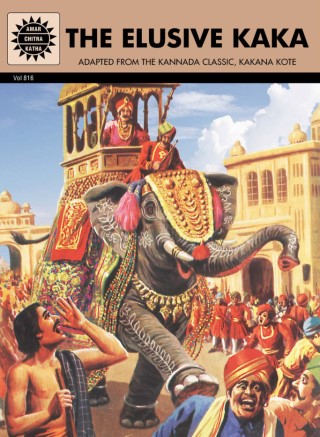 Kacha, of the Kuruba tribe, saves the king from a mad elephant and is appointed caretaker of the king's elephants. Later, the memory of the hills and forests which are his home call him back. Kacha goes back to his people and is made the Kaka or village chief. However, the Hegade or feudal lord authorized to collect tribute on behalf of the king, exploits the villagers by demanding in excess and keeping more than half for himself. Kacha is determined to fight this tyranny. The Elusive Kaka is adapted from the Kannada play, Kakana Kote, written by Masti Venkatesha Iyengar. It speaks of the bond that the Kurubas have with the forest and how they must fight to preserve it, if they must preserve themselves.