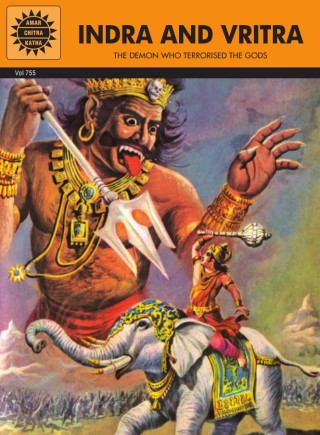 Vritra, the invincible asura, was created by Sage Twashta to avenge the death of his son, Vishwarupa, who had been killed by Indra. There was no weapon in the arsenal of the gods that could stop Vritra as he went on a rampage. Indra and the gods appealed to Lord Vishnu for help. Vishnu told them that only a weapon made from the bones of Sage Dadhichi would kill Vritra. The battle between Vritra and Indra was first told in the Rigveda. The version used here is taken from the Bhagawat Purana.