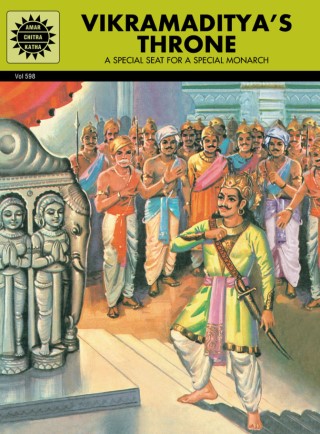 This was no mere perch for any monarch, the goddess parfait herself embellished it with her thirty-two beautiful companions, whom she first cast into stone. Eventually king Vikramaditya received the throne as a gift from the Lord Indra, but he little realized that it would one day be used to remind the world of his virtues and guide future rulers to greatness.