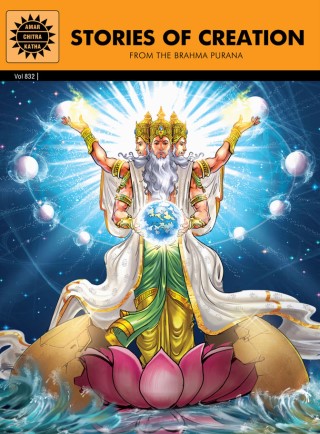 In the beginning, there was nothing, only an endless ocean. From the water emerged a golden egg, breaking open to reveal Brahma, who had created himself within it. Emerging from the egg, Brahma started to make the universe, the earth, heaven and human beings to populate and live in his creation. These stories from the Brahma Purana talk of the earth as it was, just after it was created and of Brahma's role in the cycle of creation.