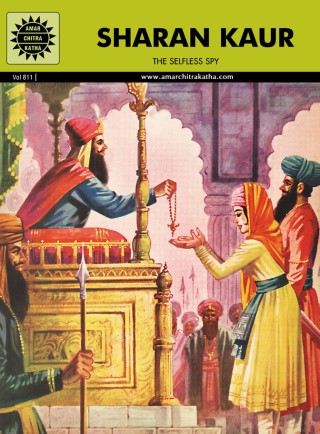 Sharni was going as a newly-wed bride to her husband's home when she was kidnapped by dacoits. Her husband, Bhimsen, fled in terror. He went to Maharaja Ranjit Singh's general, Hari Singh Nalwa, and asked him to rescue Sharni. Sharni was saved but she realised that she did not want to return to her life in the village. Instead, she asked to join Nalwa's Sikh company and serve with them. She was inducted, as Sharan Kaur. Sharan Kaur soon impressed Hari Singh with her intelligence and courage and he trained her as a spy. As a royal agent, Sharan adventured all over the countryside, collecting information to help her kingdom against invaders. The story of Sharan Kaur is taken from Bhai Vir Singh's novel about a woman spy in eighteenth century Punjab.