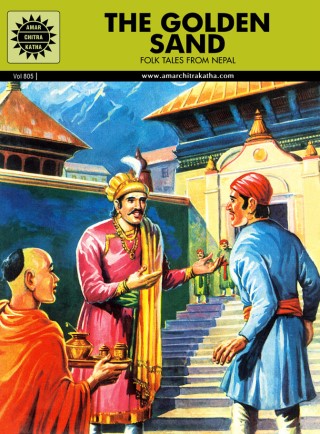 When Sakhwal accidentally gets some sand, intended for the king, he has no idea that it will turn to gold and change his life.Dravyashah uses his wits to win the kingdom of Liglig in the Himalayas. He is horrified when his brother demands the kingdom from him. When Dravyashah refuses to give up his kingdom, it looks like war will break out between the two brothers and their kingdoms. The stories in this collection come from the mountain country of Nepal. Though Nepal is very close to India and shares so much of its culture, these stories have a flavour all their own.