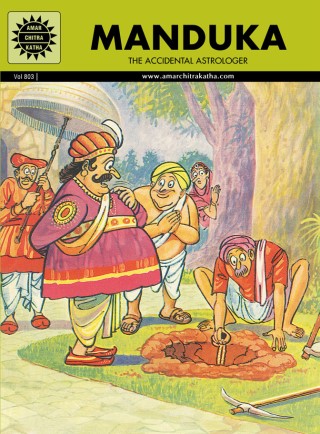 Named after a frog, Manduka has spent his entire life being scorned by everyone around him. So he decides to pretend to be a wise astrologer, and get people to respect him. His plan works beyond his wildest dreams. Now Manduka finds himself in a different kind of fix,people are actually expecting him to make accurate predictions.Worse, the king himself is asking Manduka's prophecies! The story of Manduka is taken from the Kathasaritsagar, the eleventh century Sanskrit classic by Somadeva.