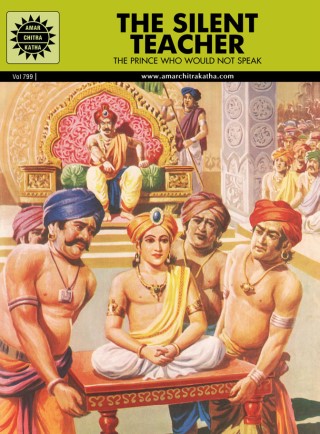 King Brahmaddatta of Varanasi was terribly upset. His son, Prince Abja, could neither walk nor sleep. The disabilities did not trouble the queen to whom her son's silence spoke much more than words but the king was distressed. He summoned every physician in the land to diagnose the malady but no one could. What was ailing the prince? Buddhism took root in Tibet in the 7th and 10th centuries. The sacred books written in Sanskrit and Pali were translated into Tibetan by the 14th Century. Today a number of stories from those earlier years are available only in Tibetan translations. This Amar Chitra Katha is based on one of them.