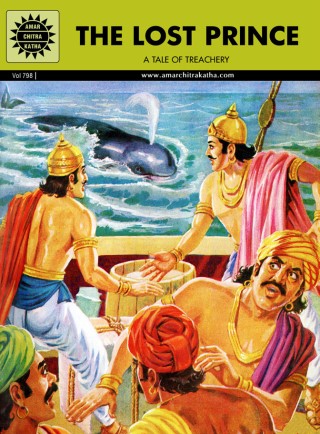 Prince Kshemankara was a kind and generous person. His younger brother, Papankara, was more suspicious by nature.Kshemankara decided to take a fleet of ships and search for riches in other lands. Papankara went along with him. During a storm their ship capsized. Kshemankara managed to get his unconscious brother to the shore, before he too collapsed. Many months later, Papankara returned home alone and was made king. What could have happened to Kshemankara? Originally of Indian origin, the tale travelled with Buddhist monks to monastries in Tibet. It was found by European travellers in the nineteenth and twentieth centuries and translated into English.