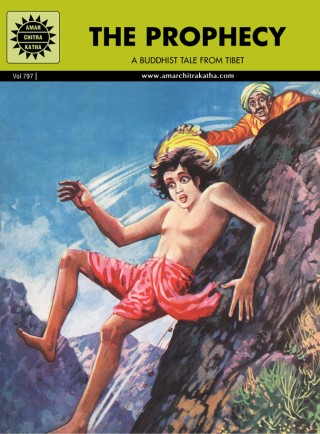 As the King of Varanasi lay dying, he worried about his wife and unborn child. “The queen will be safe,” said his loyal minister, Ghoshthila. “She will bear a son who will one day rule over the kingdom.” Reassured, the King passed away. But the prophecy had been overheard by the King's older son, Suryanemi, the heir to the throne. Suryanemi thought of his unborn brother as a rival and ordered the minister to have the child killed as soon as it was born. Though it speaks of the Indian kingdom of Varanasi, this story from India was preserved in the monasteries of the high, frozen plateau of Tibet. It was found and translated by Europeans in the nineteenth and twentieth centuries.