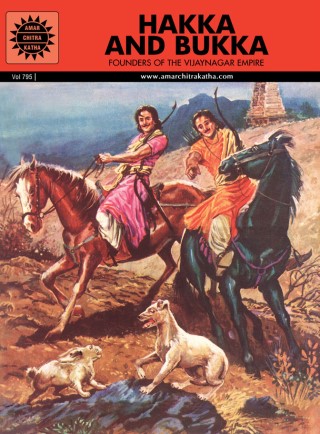 In 1310, the armies of Delhi were attacking the Deccan plateau, ransacking and plundering the prosperous temple towns of the South. Two brothers, Hakka and Bukka, fought valiantly against the invaders. Despite being defeated repeatedly they continued to fight, building a skilled armed force of their own. In this, they were helped by the powerful sage, Vidyaranya. With the support of the local people, Hakka and Bukka set up the city of Vijayanagar and Hakka became its first king, Harihara Raya. Their descendants ruled over a vast and powerful kingdoe, extending from the west coast to the east, an empire that held sway for almost 300 years.