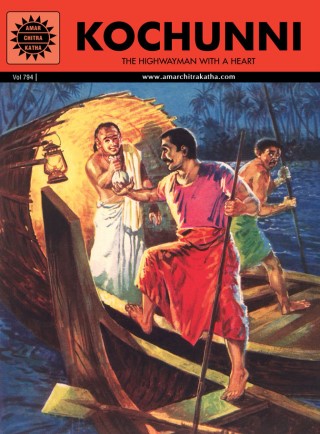 Kochunni ran away from home, to avoid living with his thieving parents. But wherever he went, people insisted on treating the little boy as a thief himself. Kochunni grew up deteremined to make his mark on the world and to fight injustice and prejudice. He became a highwayman, a daring Robin Hood-like figure who robbed the rich and gave the poor. He liked to target the most arrogant and cruel landlords and teach them a lesson. With his martial skills and his daring, Kochunni managed to outwit everyone. Kochunni's sense of mischief makes him the subject of many folk tales in Kerala.