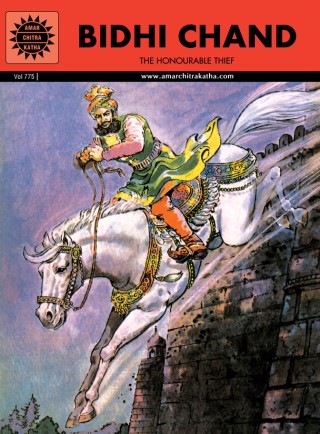 Bidhi Chand was a skilled robber but a meeting with the Sikh Guru, Arjan Dev, changed him. He promised to turn honest, he would tell no lies and never steal again. But then the Mughal Emperor's soldiers forcibly took away two horses belonging to Guru Hargobind, the son of Guru Arjan. The Sikhs did not have the numbers to attack the vast Mughal army. They had to resort to trickery to get the horses back and Bidhi Chand found that he had to go back on his word, just this one time and steal the Guru's horses back from the Mughal fort. Bidhi Chand's plot combined wit, courage and great audacity, tricking the Mughals not once but twice, until they learnt not to underestimate the resourcefulness of the Sikhs.