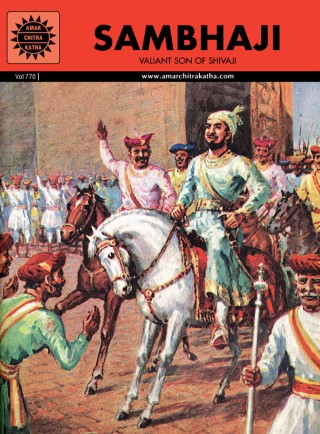 The entire Maratha kingdom was shocked when Sambhaji, the son of Shivaji, joined forces with the Mughal army, Shivaji's greatest foe. Sambhaji had a tough childhood. His father was too busy to look after him and his mother died when he was only two. The young Sambhaji's main support came from his grandmother. When she died, he was bereft of love and care. To make matters worse, his step-mother was campaigning to make her own son the next ruler, trying to poison Shivaji's mind against Sambhaji. This Amar Chitra Katha traces the events that led up to the coronation of this wise and just Maratha ruler.