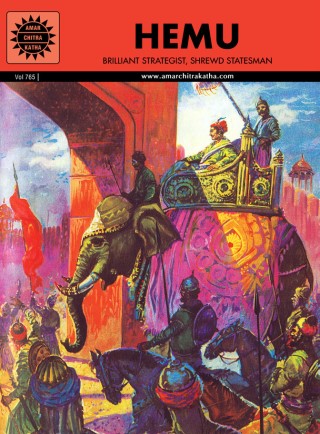 Born in the small town of Rewari, in present-day Haryana, Hemu, a grocer's son, had ambitions that took him beyond his world into the realm of politics, intrigue and war. An ambition that made him Emperor of Delhi. Hemu's rise to power is a fascinating story. He relied entirely on his own intelligence and intuition. He had to contend with political scheming and treachery in the courts of Sher Shah Suri, Islam Shah and finally Adil Shah. With Humayun and then Akbar making a bid to regain the throne of Delhi, it was up to Hemu to defend it.