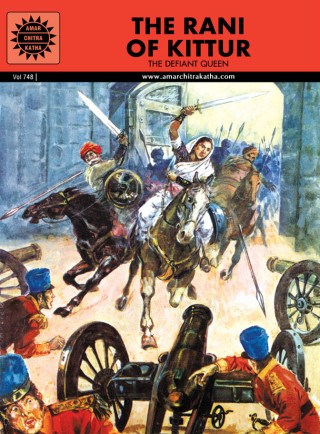 The Rani of Kittur

When Chenamma, the queen of Kittur, lost her only son she was steeped in sorrow. But when her husband reminded her that even the people of Kittur were her children she pulled herself together and devoted her life to their well-being. So committed was she to the honour and welfare of her land that when the British came asking for its allegiance she took on their military strength and fought them to the end.