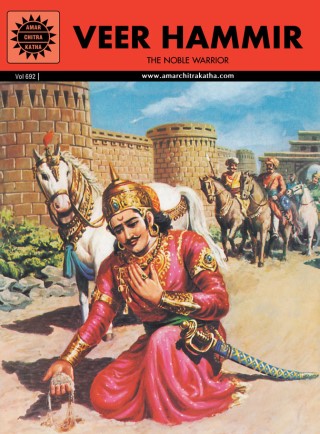 Gifted with the intelligence of his mother and the courage of his father, Hammir promised to make an ideal king. But traitors grabbed his kingdom thus denying him his right to rule. Though it took him many years, Hammir tirelessly sought a peaceful way to regain his homeland - and eventually occupied the throne of his beloved Chittor without shedding a drop of blood. Kind but firm, he won the hearts of his grateful people as well as the admiration of his worst enemies.