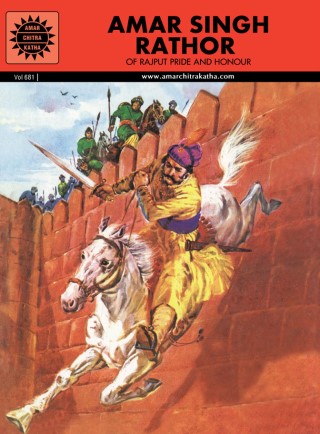 Amar Singh Rathor was a commander in the Mughal emperor Shah Jahan's army. The emperor held him in great esteem and valued his service. But once when Shah Jahan was tricked into imposing a heavy fine on the Rajput by jealous and scheming courtiers, Amar Singh was furious and defiant. In the ensuing battle for honour, the Rajput fought bravely and escaped but was killed by his treacherous brother-in-law. His body was, however, retrieved from the emperor's custody by two comrades and cremated with due respect.