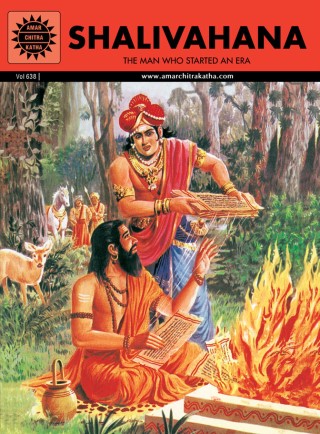 As a little boy Shatakarni, or Shalivahana as he was later called, watched helplessly as he and his widowed mother were thrown out of their house by his father's brothers. Sheltered by a potter the boy grew up with the prophecy of a wandering sage ringing in his ears that he would one day become king. The Sanskrit classic, Kathasaritasagar and Vikrama Charita, from which most of this story is taken, traces the path that makes Shalivahana so powerful that an entire era, the Shalivahana Shaka, was named after him.