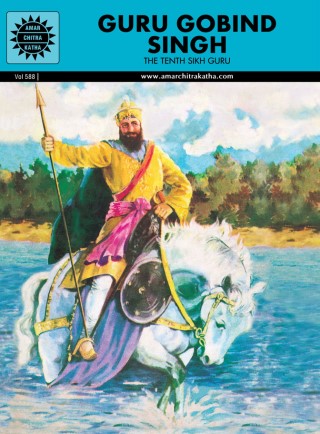 The Sikhs ('disciples') were a religious community in Punjab; their faith followed a blend of the best concepts of the religions of the region. They had a Guru ('master') as the head of the community. In the late 17th century, Aurangzeb, the Mughal emperor of Delhi, launched a campaign of persecution against the Sikhs. The ninth Sikh Guru, Tegh Bahadur was put to death on his orders. Gobinda his nine-year old son was made Guru. He achieved proficiency in Sanskrit and Persian as also in the martial arts. He transformed the Sikhs into disciplined volunteers prepared to fight for the faith. Five emblems including the sword were prescribed for them and they were called Singh's ('lions'). The execution of his own sons did not deflect him from his cause. Guru Gobind Singh wrote poetry, which was included in the Granth, the Holy Book of Sikhs. He enjoined loyalty to the Granth rather than the Guru in person. His death at the hands of treacherous killers made him immortal in the hearts of generations of Sikhs.