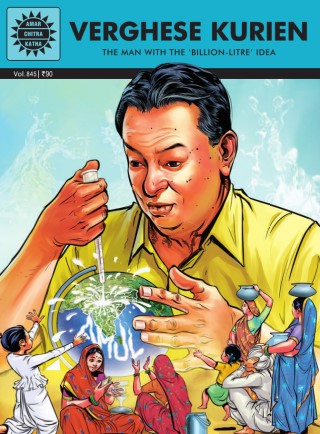 When Verghese Kurien stepped down from the train and on to the dusty platform in Anand, Gujarat, on 13 May, 1949, little did he know that his life was going to change unimaginably. Waiting for him was not just his own destiny but that of thousands of small, marginalised farmers who, until then, had only known exploitation and deprivation. The story of Dr. Kurien is the story of Amul. It is the story of Operation Flood, the 'billion-liter idea' that set India on the top of the world map for milk production. A die-hard patriot, Kurien was committed to the co-operative cause. He put the milk industry in the hands of the farmers, believing firmly that with ownership would come responsibility and great success. And he was right. Amar Chitra Katha traces the story of the man who is known as the 'Father of the White Revolution'