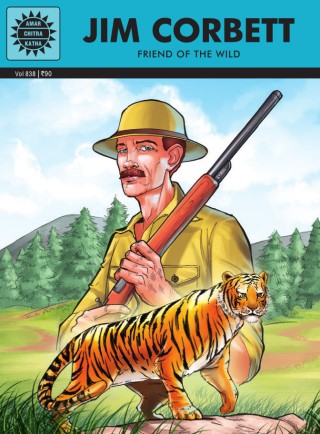 In the early 20th century when the hills of Kumaon echoed with the bone-chilling roar of a man-eating tiger, it was the sure shot hunter, 'Carpet Sahib' who went to put an end to the terror. But what was often missed was the intense sorrow he felt when one of these magnificent creatures had to be shot down.Jim Corbett understood the tiger and respected it. He recognised its irreplaceable place in the circle of life and described it as the 'large-hearted gentleman with boundless courage'.Amar Chitra Katha tells the story of Jim Corbett and traces his life and love for one of India's most valuable and endangered animals.