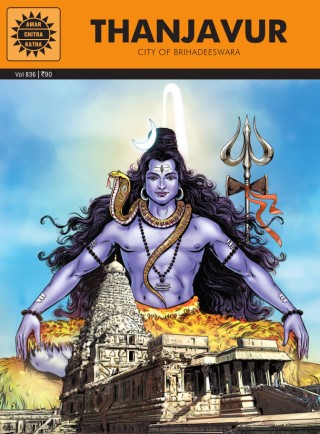 Legend has it that the ancient town of Thanjavur came up on the spot where Vishnu defeated an evil demon. The mighty Cholas made it their capital in the 9th century CE, following which they increased, through conquests, the size and strength of their empire. Finally, after realizing all his military ambitions, the Chola monarch Raja Raja Chola I decided to build a great temple in Thanjavur dedicated to Lord Shiva. Thus Thanjavur became home to the majestic Brihadeeswara temple and many other shrines. Amar Chitra Katha tells the stories surrounding this ancient town and its monuments.