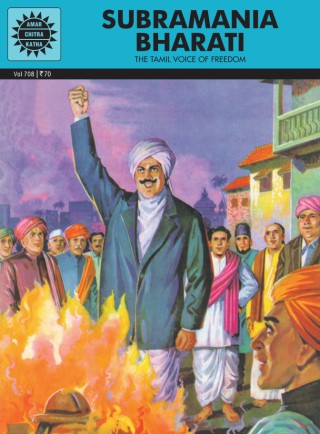 Teacher, writer, poet and a rebel, Subramanian Bharati used the power of his pen to make the mighty British Raj tremble. His songs were sung by all sections of people in Tamil Nadu, during mass gatherings and Satyagrahas. Revered as the father of modern Tamil renaissance, his heart beat for one India. He was aptly called Bharati, a title bestowed on him for his patriotic songs.