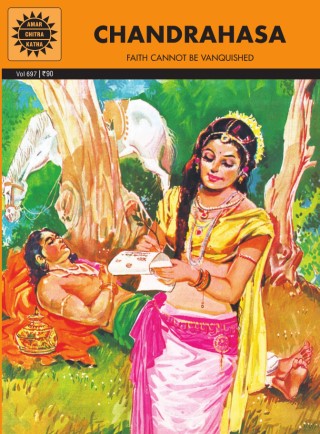 The 'Jamini Bharata' is attributed to a disciple of Vyasa, Jaimini, who is also said to be the founder of the Purvamimamsa philosophy. The book is a treasure house of stories of the devotees of Lord Vishnu. Through each story the author seeks to prove that God does not forsake him who has implicit faith. The repeated attempts on the life of innocent Chandrahasa not only failed to materialise, but also finally boomeranged on the villain himself because of Chandrahasa’s implicit faith in the Lord.