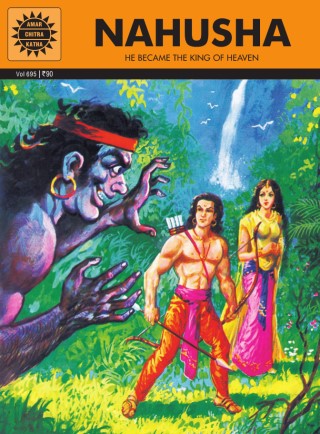 Even though Nahusha, the son of King Ayus and Queen Indumati, was spirited away at birth to be killed by the demon, Hunda, he lived on to achieve immortality. Married to Ashokasundari, the beautiful daughter of Shiva and Parvati, he was elected to be the king of heaven and then his mortal mind succumbed to the sin of pride. The stories of Nahusha are taken from the Padma Purana and the Mahabharata.