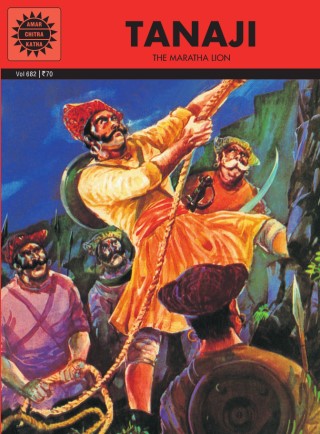 Tanaji Malasure was only a boy when he took an oath to support his friend, Shivaji, in fighting the Mughals. Along with their small band of faithful followers they became a thorn in the side of the Emperor Aurangazeb as they conquered fort after fort. Tanaji's prowess was tested when he was entrusted with the near impossible task of capturing Kondana Fort. The present story is based on Shivasmruti by G.S. Sardesai and Shivaji the Maratha – His Life and Times by Sir H.G. Rawlinson.