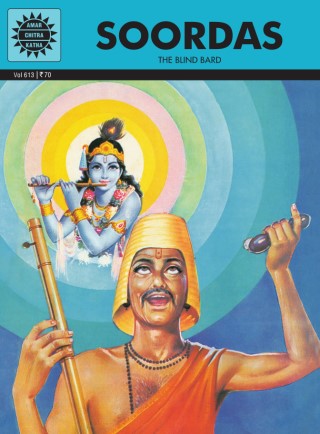 Just because the boy was blind, he became the butt of every unkind prank. Little did his family realize that Soordas could often see more than anyone else. He could direct a shepherd to his lost goat and a father to his missing son. He could describe exactly how the idol of his beloved Lord Krishna was dressed in the temple each day. The Mughal emperor Akbar personally came to invite him to his court. The poet Tulsidas visited him.

Saanvi rated on Soordas from Soordas