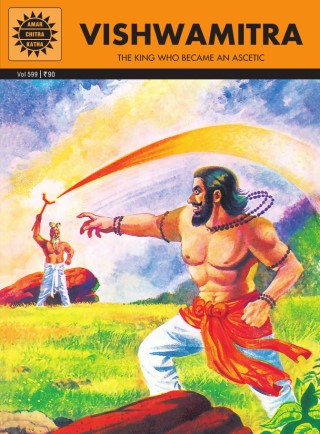 Born a warrior, he relinquished his kingdom to do penance. When Indra, the Lord of heaven, refused entry to King Trishanku, the sage, known for his determination, created a parallel heaven for the king who had sought his help. He trained Sri Rama and his brother Lakshmana in warfare and taught them the use of celestial weapons to prepare them for the great war they were destined to fight later. An extraordinary sage, Vishwamitra was also a seer whose hymns are part of the sacred Rig Veda.