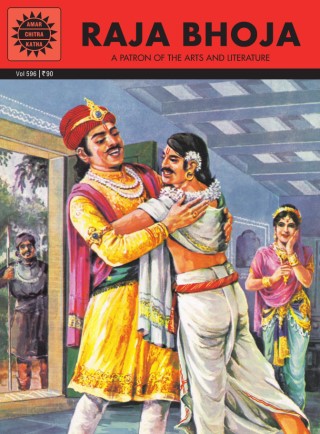 Amidst the many wars he fought, Raja Bhoja, the ruler of Malwa, always found time to listen to poetry of the gifted. Ballala, a poet in his court, has immortalised his patron in his work Bhoja Prabandha which is a romantic tale, written in Sanskrit, partly in verse and partly in prose. Ballala was interested not so much in history as in heroics. In his attaempt to magnify Bhoja as a patron of the arts and letters, Ballala has ignored historical facts. The poets, Kalidasa and Bana, who he said adorned Bhoja's court, actually lived much before Bhoja's times.