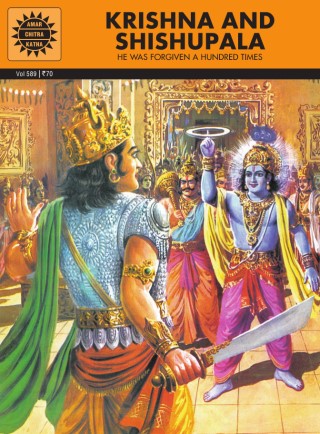 Shishupala's mother was shocked when she came to know that her child was destined to be killed by Krishna. She extracted a promise from him that he would forgive Shishupala a hundred offences. As he grew up Shishupala had enough reasons to be angry with Krishna. Especially after he was jilted by Princess Rukmini, in favour of the merry-eyed cowherd. He provoked Krishna repeatedly and was forgiven a hundred times. And then one day Shishupala committed his hundred and first offence.