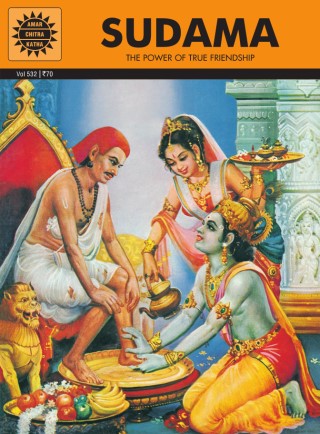 Sudama's gift was small and inexpensive, but Krishna found it priceless as it came with selfless love. Krishna, who had both wealth and fame at his command, received it with pure joy. Life had taken the two friends on different paths, and Sudama was now painfully poor. Their affection overcame all differences, however. A simple meal became equal to a luxurious feast - and magically turned a poor hut into a mansion of gold.