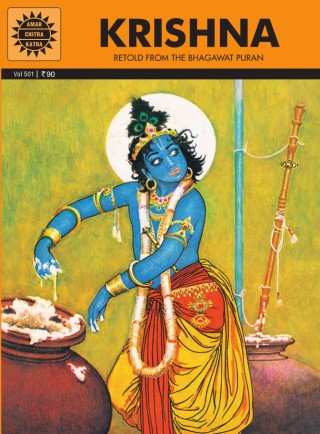 Throwing his aged father into prison, Kamsa occupied the throne of Mathura. Commanding a formidable army he thought he was unstoppable. The threat to his power came from an unexpected quarter, from a cowherd boy who was rumored to be his cousin Devaki's eighth child, Krishna. Moreover, there was a divine prophecy that Kamsa would meet his end at the hands of the eighth child of Devaki.