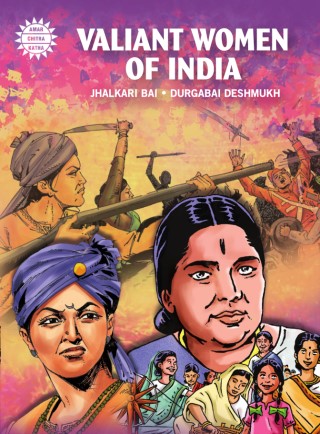 As a member of Rani Lakshmibai's women's army, Jhalkaribai played an important role in the 1857 War of Independence. On the other hand, a meeting with Mahatma Gandhi influenced a young Durgabai to devote her life to the country's freedom and development. Even if their paths were different, they had the same vision for the people of India. The stories of these lesser-known heroines fill us with pride for our nation's courageous past.Amar Chitra Katha presents the Valiant Women of India.