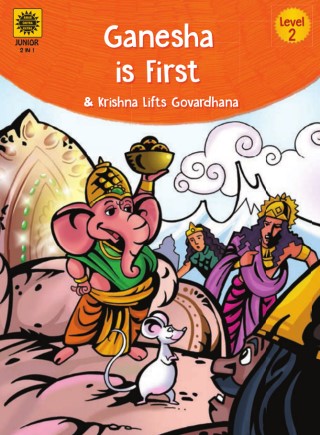 Once when the holy men on earth offered prayers to the gods, the gods argued about who the offerings were for. In order to settle the argument, the gods are asked to compete in a race. Who wins and gets the first pick of the offerings?

Krishna convinces the people of Brindavan to hold a festival for Mount Govardhana, instead of Lord Indra. When Indra hears of it, he becomes angry and decides to destroy Brindavan with rain and floods. How will Krishna protect his people and Brindavan from Indra's anger?

amazing book from the ack crew
3 months ago